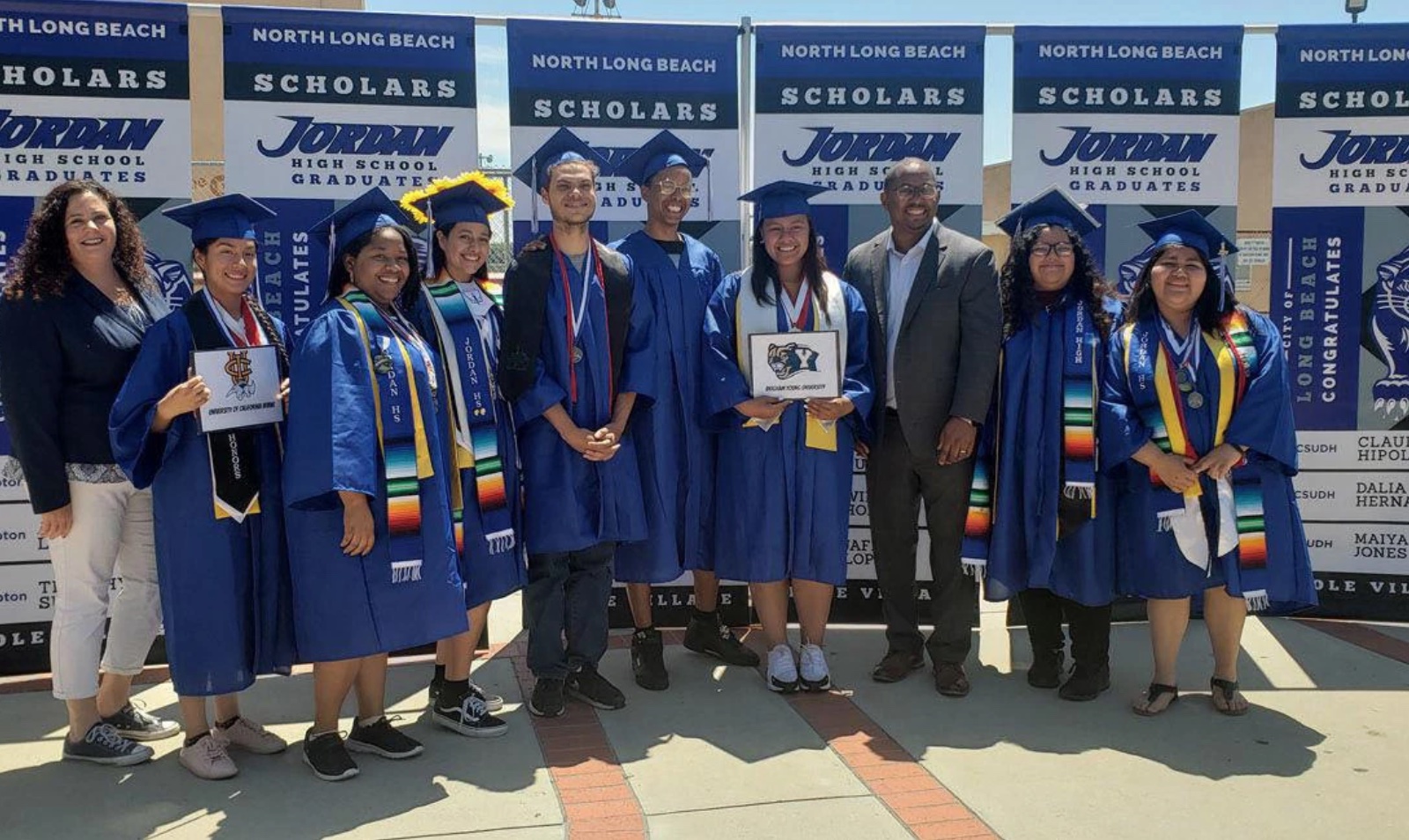 Marking its fifth year, the Jordan High banner program honors high school students who are college or military bound. The banners celebrate the academic success of Jordan High students while highlighting the importance of higher education.

“We’re incredibly proud of you, all the work that you’ve done over the past four years,” Richardson said during Monday’s ceremony.

Richardson said the banner program recognizes that the graduating seniors are off to a great start. Since the banner program first started in 2014, he said there has been an increase in graduation rate and number of college bound students.

“You all are college bound, you’re leaving Jordan High School with a great education,” he said.

Seated in their caps and gowns, graduating seniors cheered for their fellow graduates as Richardson listed names of future colleges.

“These banners are just an outward symbol of that pride that we all feel in your great success and accomplishments,” Kerr said.

She continued by thanking the graduating seniors for setting the tone for future Jordan High students.

“Thank you for setting the tone for our youngest learners,” she said.