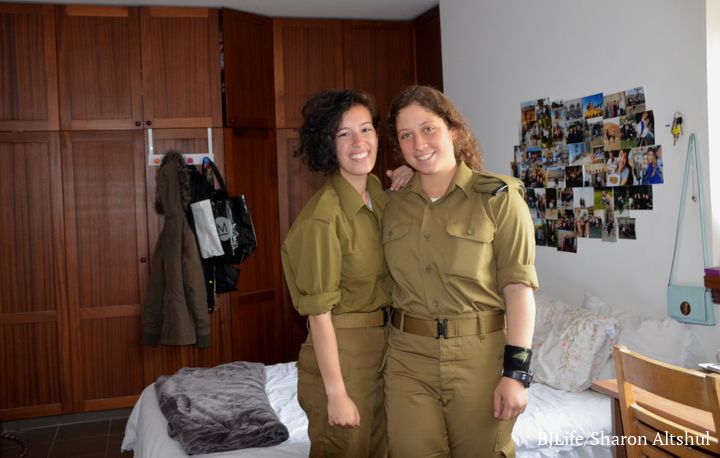 On Friday morning, December 29, the first lone soldier home for young women, The Norton and Sylvia Alevy Bayit L’Chayalot, had its dedication and official opening in the Mekor Chaim neighborhood of Jerusalem, Israel.

Over the summer,The Lone Soldier Center in memory of Michael Levin (LSC) refurbished the residence to be a home for 10 female soldiers with a madricha, female adviser on call 24/7.

The young women have come from Belgium, Ukraine and across the United States, from California, to New Jersey, and Florida. Many of the soldiers, or soon to be lone soldiers, have completed a year of seminary in Israel, after high school.

For the program on opening day, six of the young women and their madricha, Rachel Wolfe, a former lone soldier, who made aliyah from Connecticut, in 2012, were on hand to speak with the invited guests.

Having a place to call home, to do laundry, to have friendly faces and food waiting when off duty, were all praised by the young women. The affection and warmth in the residence, appeared to be of great friends and perhaps, sisters with a “Mom,” than soldier roommates with a counselor in charge of their welfare.

Madricha “Mom” Rachel Wolfe shared, “I feel very honored to be the person these amazing young women come home to once they leave base. To be able to greet them with a hug, share stories, and experiences support one another through difficult times and share great times together – it truly is an amazing experience.”

For these young women planning to and serving in Search and Rescue, Navigation Training, Border Police, and other areas, the LSC has been an important part of their acclimation process. According to Shuli, 19 from Boca Raton, “Now to be given the opportunity to live in the Bayit “LChayalot is a true privilege. It makes me feel like I belong to something, so on the national level, I belong to the army. On a personal level, I belong in the Lone Soldier Center, so I am grateful.”

LSC Director, Josh Flaster, expressed appreciation for the dedication of madricha “Mom” Wolfe, and also the dedication and guidance of Richard Corman. Corman heads the LSC Board of Directors and led the LSC Steering Committee which raised the funds to make the rented space into a suitable and comfortable home for the young women.

The LSC was founded by former soldiers and friends of the lone soldier who fell in Second Lebanon War Michael Levin Z”L. The LSC aims to support lone soldiers, before, during and after their service, providing counseling, Shabbat meals, and housing options to meet needs of young people serving without local support.

Dr. Rebecca M. Solomon, mother of Sarina, one of the smiling soldiers in photo essay, told BJL, “They have helped Sarina navigate the enlistment process and they provide support in multiple ways. When her apartment rental plans fell through, she contacted the LSC for help, and was able to rent a room in the Bayit L’Chayalot. She is extremely happy there. She often has Friday night dinners at the LSC, and spends time there on other occasions. I did not support Sarina’s choice to join the IDF, and she was basically on her own in figuring out how to do it. The LSC was there for her when I was not.”