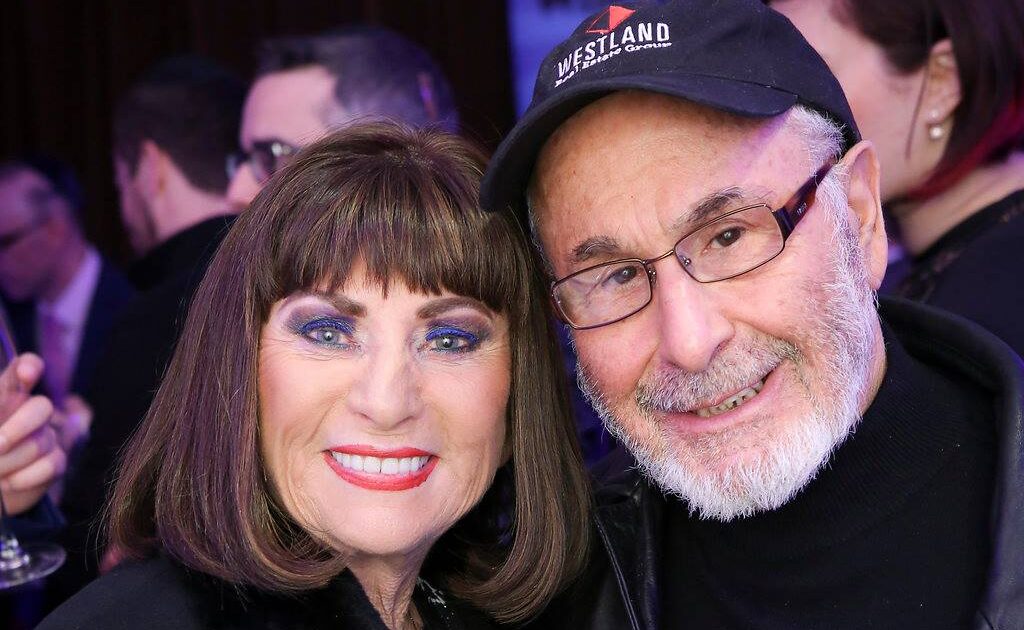 Photo by Jonah Light at Dinner Party for the Jewish Future

When Allen Alevy was 12 years old, he was called to the Torah for the first time.

Although he hadn’t yet had a bar mitzvah, his maternal grandfather’s Orthodox synagogue was one man shy of a minyan.

Alevy, who attended morning services regularly, recalls feeling so honored that he pledged a $5 donation to the synagogue, which his grandfather founded. The amount was equal to his daily wages working on his grandfather’s scrap metal truck.

In the end, it was Alevy’s grandfather who fulfilled the pledge. But for the boy, it was the start of something. Now 76, Alevy said he has since repaid that $5 donation “millions of times over.”

A high school dropout, Alevy is a self-made serial entrepreneur, futures trader and real estate mogul. How many of his millions have gone to Jewish causes?

“I do not have the slightest idea,” he said. “I can count $50 million just in real estate [for Jewish communal enterprises]. But I honestly don’t know.”

His philanthropic output — an estimated $1 million to $2 million a year, Alevy said — represents a way to repay his grandfather for his teachings. Those fundamental allegiances — to family and Judaism — remain the Long Beach resident’s primary motivations. They also explain this septuagenarian’s commitment to diverse youth initiatives, from mainstream yeshiva education to a Jewish presence at the annual Coachella music festival.

Every program Alevy supports is designed to strengthen Jewish connection, identity and longevity. JConnectLA/Jewlicious, for example, provides young adults with events, classes and holiday celebrations, climaxing with its annual Jewlicious Festival, a weekend for ages 18 to 36 featuring speakers, workshops and concerts celebrating all aspects of the Jewish experience. Alevy and his wife of 56 years, Deanna, are lead underwriters.

Shabbat Tent creates Jewish hospitality at music festivals across the country, including Coachella, to celebrate Shabbat in a meaningful way. And at the annual national Rainbow Gathering, a hippie festival that pitches tent in a national forest every summer, Home Shalom offers kosher meals and Jewish programming.

Through Beth El Synagogue, a shul without walls, primarily funded by Alevy, he supports salaries for Rabbi Drew Kaplan at Beach Hillel, serving greater Long Beach and West Orange County, and Rabbi Yonah Bookstein, rabbi-in-residence at Hillel of the University of Southern California, co-founder of Jewlicious Festivals and the newly launched Pico Shul, a congregation in Pico-Robertson designed for young adults. Alevy said he funds Bookstein’s community programming on the condition that he raise matching funds.

“There is so much handwringing, thinking about what to do with young adults, but not enough financial support. Which is why what Mr. Alevy and his wife, Deanna, do is so special,” Bookstein said. “Imagine, if we had 10 Mr. Alevys, the amount that could be done to help preserve the Jewish identity of college students and young adults.”

A native Californian, Alevy’s family lived in Navy housing in Long Beach while his father labored at nearby shipyards. It was his maternal grandfather, Louis Simon, whom Alevy considers his role model. He worked each summer on Simon’s scrap metal truck from the time he was 8.

At 17, Alevy dropped out of school and worked full time for two years until the scrap metal market collapsed. Later, he moonlighted on weekends operating carnival games and eventually opened his own enterprise, Atlas Greater Shows. He rented his carnivals as sets for TV programs and films, including “Grease,” and consulted for Circus Circus, the Las Vegas family-oriented casino.

In 1970, he landed a 31-year contract for the California State Fair, which the state bought out seven years later. Alevy said he took a portion of the proceeds to purchase Westland Mobile Home Park in Long Beach.

“I bought some land in Pico Rivera and built a second mobile home park. At the same time, I was buying small shopping centers and putting Laundromats in them,” he said.

Some of Alevy’s holdings house Jewish endeavors. He owns the land for the North Orange County Chabad Center in Yorba Linda and helped construct the facility. The Alevy Charitable Religious Properties owns the 11-acre property, and the buildings used by the Chabad-affiliated Hebrew Academy in Huntington Beach, attended by three generations of his family. The school’s new computer-assisted education program was underwritten with his recent donation of $120,000.

Each year, Alevy also funds Hebrew Academy scholarships and provides support to a handful of young adults studying in Israeli yeshivas. Alevy also helped build the Chabad in Hashmonaim, in the West Bank, where his daughter Robin Greenspan lives.

Alevy said he’s interested in results, not the limelight — one reason he didn’t attend the recent opening of the Alevy Chabad Jewish Center de Las Cruces in New Mexico.

“Nobody knows the extent of how much he has helped the Jewish community, because he does not seek honors and titles,” Bookstein said. “Rather, he wants to see the work done, the students reached, people’s lives bettered.”

The Alevy Chabad’s Rabbi Bery Schmukler is consulting with Bookstein for its programs for college students.

“If you change a life at that age, you can change an entire family,” Schmukler said.

Alevy, whose surname was changed from HaLevy at Ellis Island, observes Shabbat and kashrut and prays three times daily — in English — in the Chabad tradition, blaming dyslexia for “messing with the Hebrew vowels.” When he leaves this world, Alevy said he would like to be remembered for two things.

Lisa Alcalay Klug is the author of “Cool Jew” and “Hot Mamalah” and a past presenter at Jewlicious Festival. Her Web site is lisaklug.com.