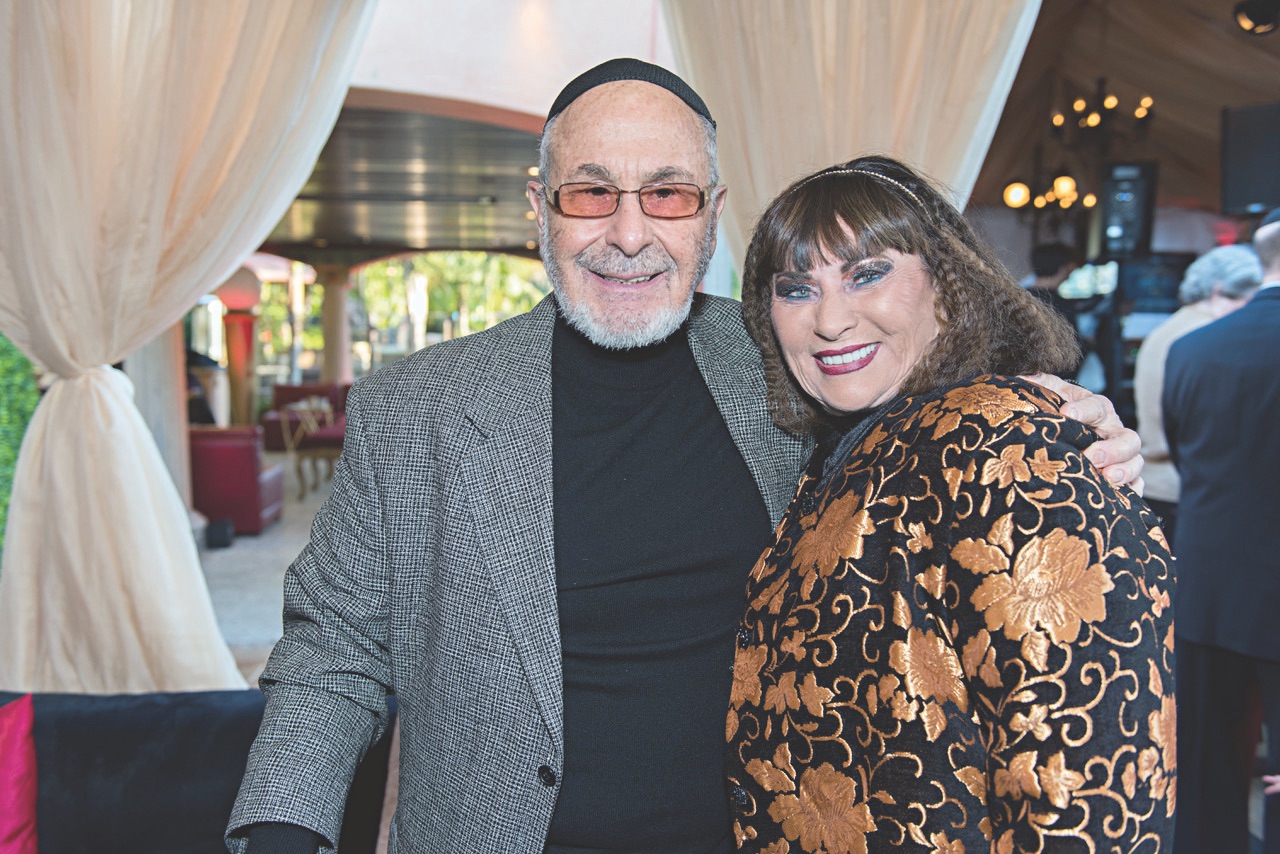 “IF YOU WANT Jewish grandchildren and great grandchildren, you need to work on it now,” says Allen Alevy, long time supporter of the Hebrew Academy and several other Jewish organizations. Mr. Alevy’s over 40 year relationship with the Hebrew Academy began in 1975, when then director Rabbi Gershon Schusterman reached out to him for help. Allen jumped right in. That basically describes his business and philanthropic style. “When I see a place I can make a change for the better, where I can make a difference, I will do everything I can to make that happen,” explains Mr. Alevy.

Mr. Alevy is unsure exactly how much he has donated over the years. The school, however, recently recognized his support by naming the campus after his parents, Norton and Sylvia Alevy. A few years ago, Al decided that the future of the school depended upon a strong middle school program. “As early as third grade, families were deciding they wouldn’t stay past elementary school,” he explained. “I knew we could do better.” And so, checkbook in hand, Mr. Alevy met with the school’s administration to map out a strategy that would significantly improve the middle school’s performance. A recent survey of parents and students now shows incredible satisfaction with the quality of the school and teachers.

Alevy’s investment has allowed the school to hire the best middle school teachers, and provide them with extra time built in to their schedule for collaboration and planning. “Mr. Alevy’s support of our Middle School program has been essential,” said Rabbi Newman, Head of school of Hebrew Academy.

The reason Mr. Alevy feels so strongly about the education at the Hebrew Academy is its stated mission and goal of providing the best of both worlds, a high level of Jewish and secular educations. As he puts it, “If Jewish students don’t know who they are as Jews, we have no future. If they don’t have a solid secular education, they have no future. We must give them the best of both.”

Putting his future where his beliefs are, Allen and his wife, Deanna, sent their children to the Hebrew Academy back in the ‘70s. Their grand-children attended the Hebrew Academy in the ‘90s. And currently, several of their great-grandchildren attend the school. As grandparents and great-grandparents, they believe Jewish continuity is vital and can only exist if future generations have the love for and recognize the value of their Jewish heritage.

Based on the incredible success of the new middle school program, the Hebrew Academy is in the process of establishing an all new high school program. “Our community needs a rigorous Jewish high school. One that offers outstanding academics,” says Alevy. “Our graduates must be equipped to attend whichever university they wish. But they also need to have the skills to attend any yeshiva, if that is their preference.” Alevy further explains that the school will utilize technology, where appropriate, to help keep costs low. “Our goal is to make sure Jewish education is affordable and available to any Jewish child who wishes it.”

Josh Kaplan, head of Long Beach Hillel and a longtime friend of the Alevys, further points out that as much time and energy as he devotes to the Hebrew Academy, it is just one component of his many philanthropic commitments. “He takes a lifecycle approach,” says Mr. Kaplan. “He believes that it’s important to support institutions that touch Jews at every stage of life. The majority of his support for young Jewish child education is focused on the Hebrew Academy and its related summer camp, Silver Gan Israel. However, he also recently made a sizable investment in Moshava California, the sleep-away camp in Running Springs, now called Moshava Alevy. He is a significant supporter of Jewish connections on college campuses across the country. He donates critical resources to smaller, often overlooked, and underfunded Hillel programs and several Chabad On Campus programs. And for those who make the life and death commitment of serving in the IDF, Mr. Alevy recently made a major donation to Bayit L’chayalot, a lone soldiers home for young women in Jerusalem, also named for his parents.”

Alevy’s philanthropic goals are wide-ranging and straightforward: “To secure the future of the Jewish people; to ensure that Jewish children and young adults are educated about their heritage and take pride in it, to foster the furtherance of Jewish families, and to promote an in-depth understanding and appreciation for the state of Israel and its importance to the nation.”

Mr. Alevy sees providing major support to an organization as akin to getting married. “I don’t date around. I am in it for the long term. If I believe in an organization, I will support it.”